Condition: In good vintage condition. No cracks or repairs. There is one tiny chip on the side rim of the plate Even crazing throughout, due to age. 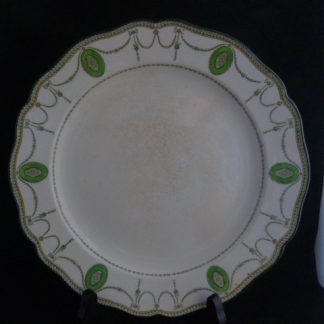